the drawing shed worked on a project Some[w]Here  on the three housing estates Patmore, Savona and Carey Gardens in Nine Elms, London referred to locally as ‘the island’, the land-locked social housing area opposite the now infamous Battersea Power Station site, with the new American Embassy being built on its flank, to be surrounded by an insulated, ‘double skinned’ layer of privately owned flats for a new richer community.

Our project Some[w]Here explored through the metaphor of the Go Cart and the Soap Box, both migration and the fluctuating gifts of memory in relation to early street play (imagination, resilience, survivability) and the first days of work (alienation) for current residents who have come to live in the area from all over the world.

It was this critical friction of an artist-directed discourse between older estate residents, men and women of 68 – 98 years, that informed the content of the work: contemporary go cart inspired objects and mobile Soap Boxes, built on the streets with architect-makers George Williams and Nozomi Nakabayashi whilst live/performance artists Jordan McKenzie and Daniella Valz Gen made provocative interventions, and we as lead artists created quieter works as individuals triggered by this multi-layered approach and the ‘unfixed’ organic methodologies of the collaborative works we make.

Both this very accessible ‘public’ work and the disruption of the streets created the rupture in dominant ideas that flowed into these quieter individual responses. In this liminal space, and in the case of Nine Elms, a physical in-between space too of an echo chamber within which we found a ‘Point of Resonance’,  creating performative and film-based works as individual artists – like the project’s poetic body piercing. 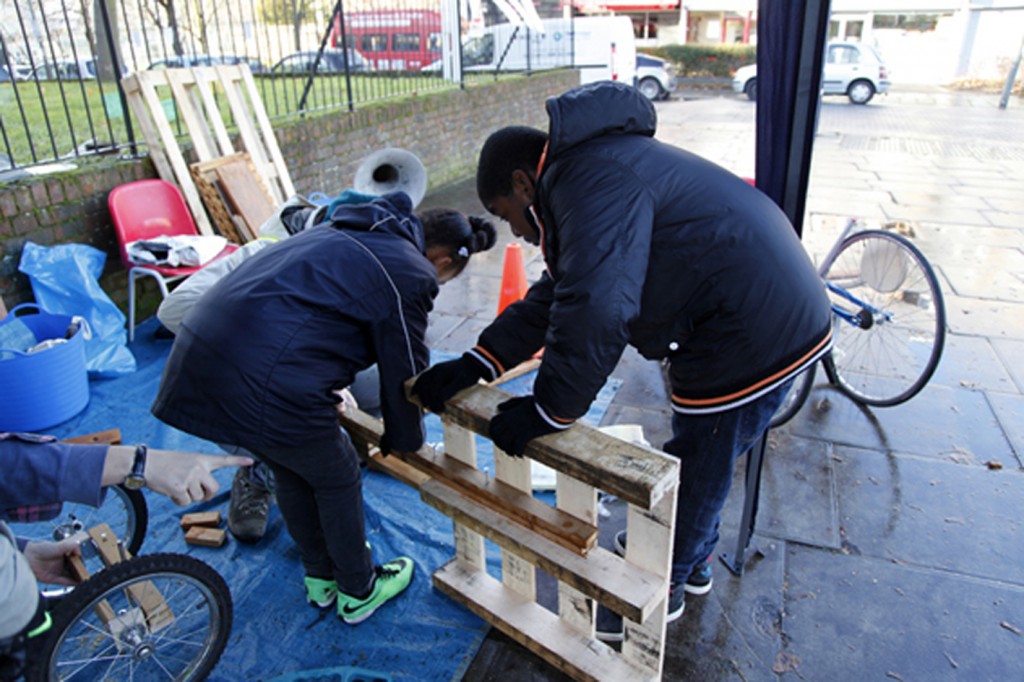 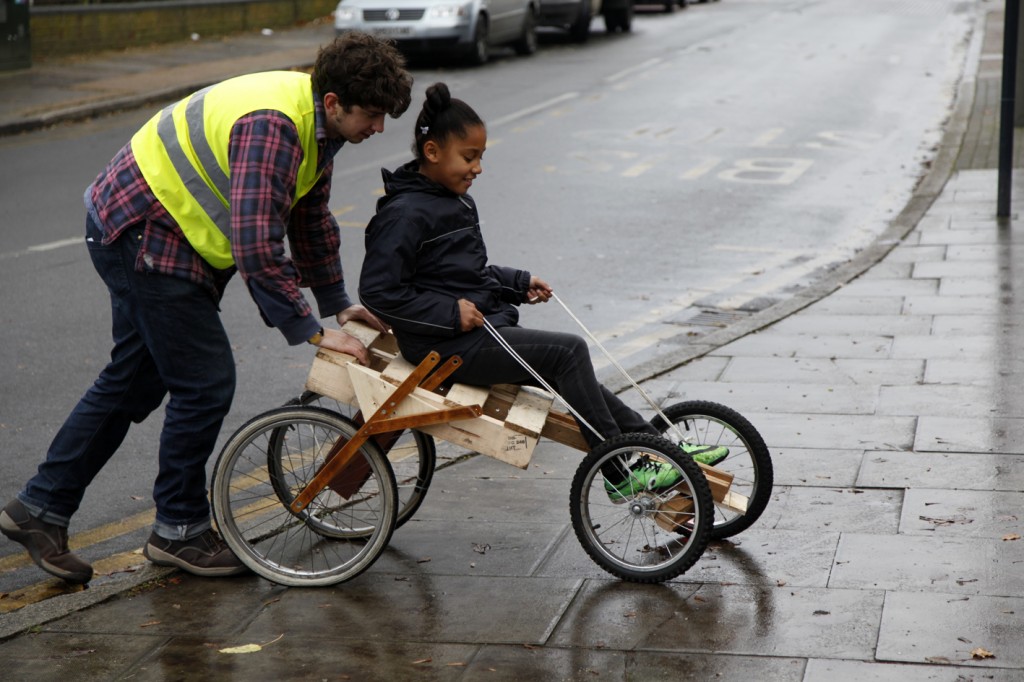 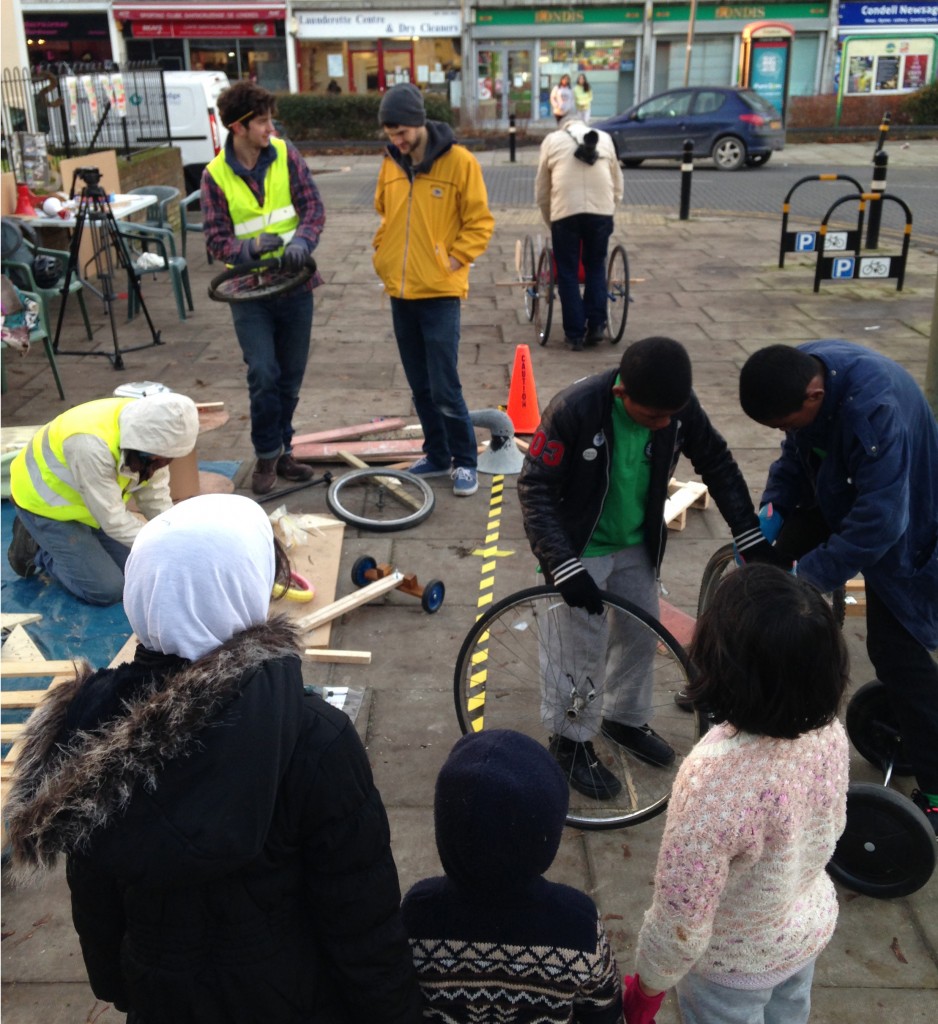 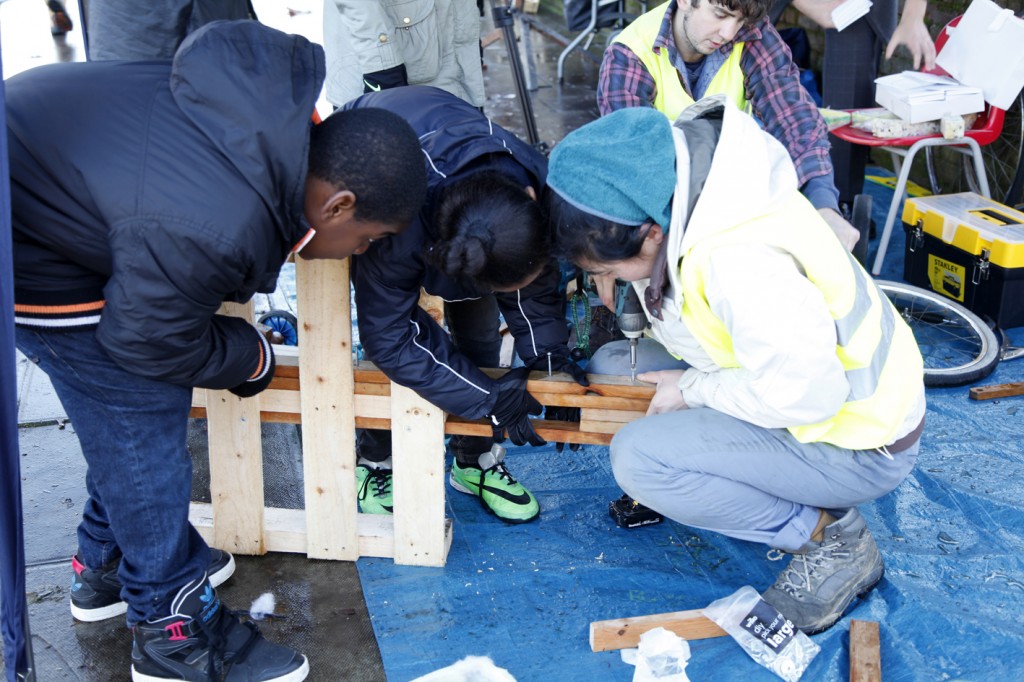 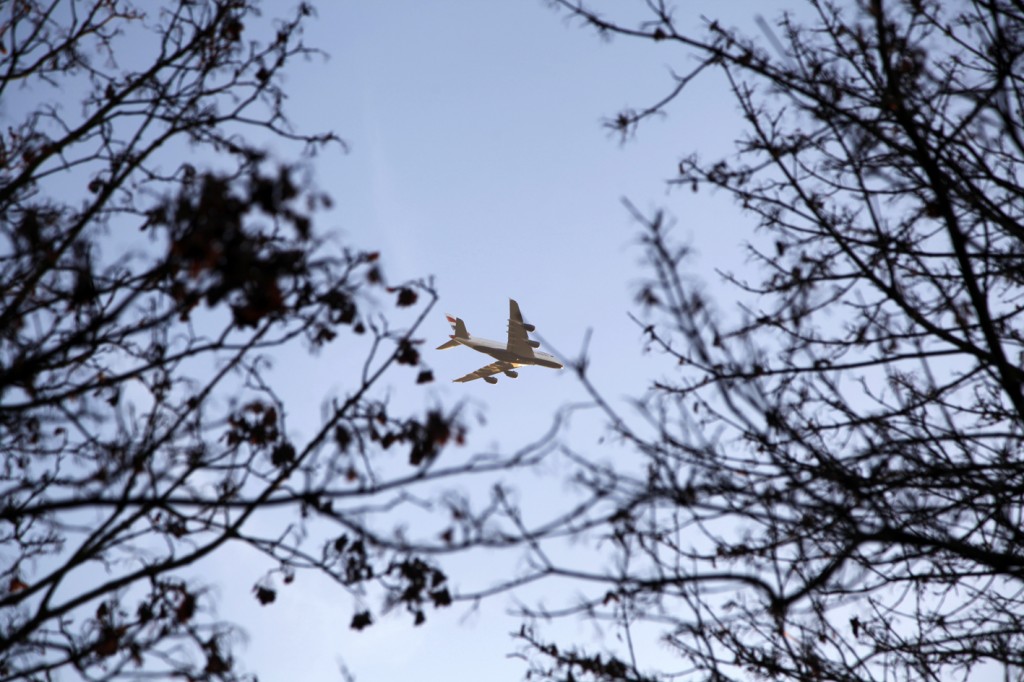 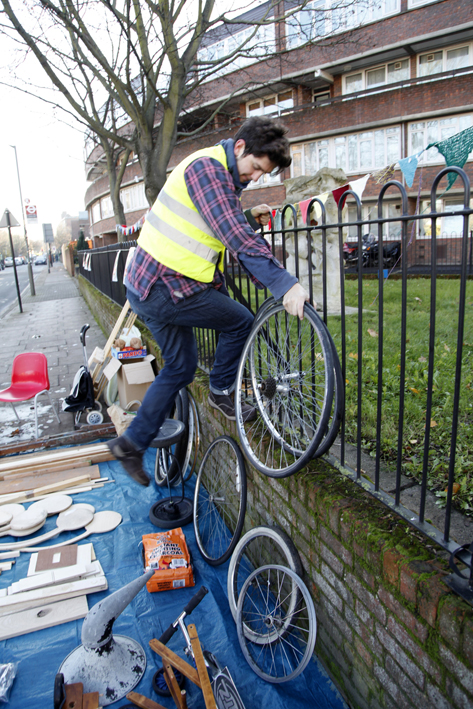 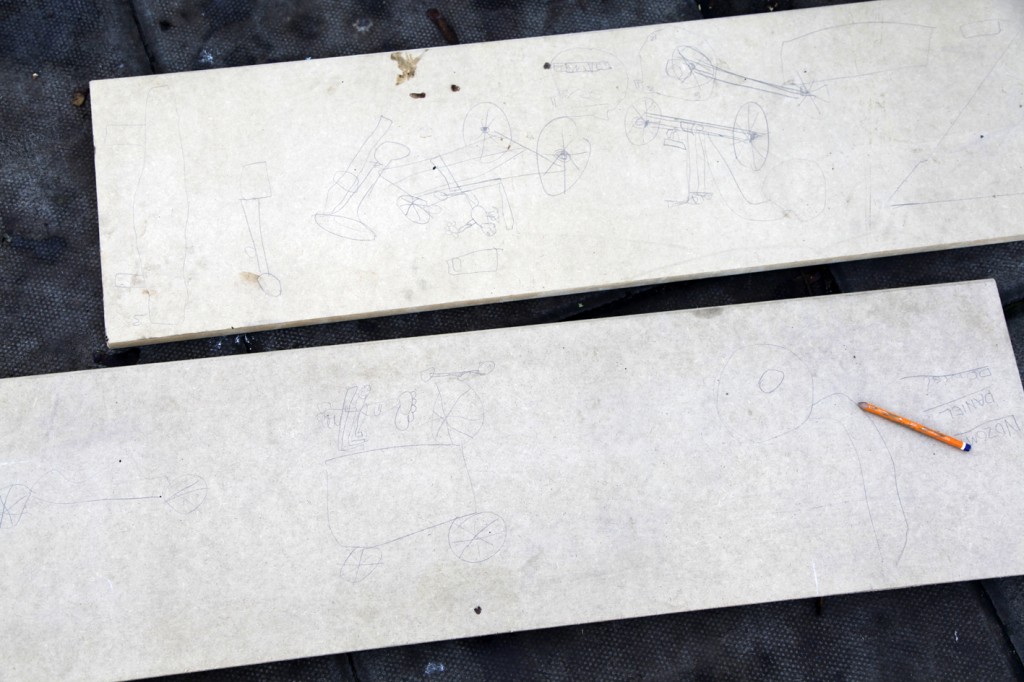 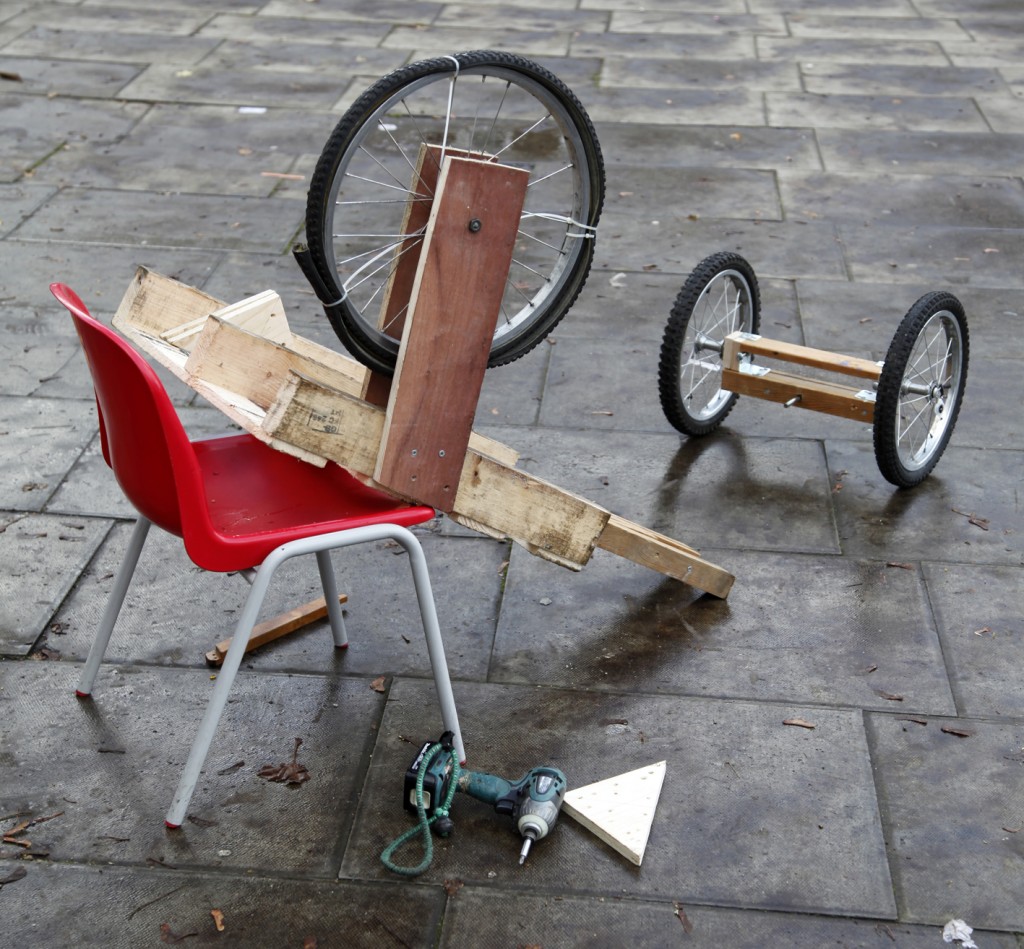 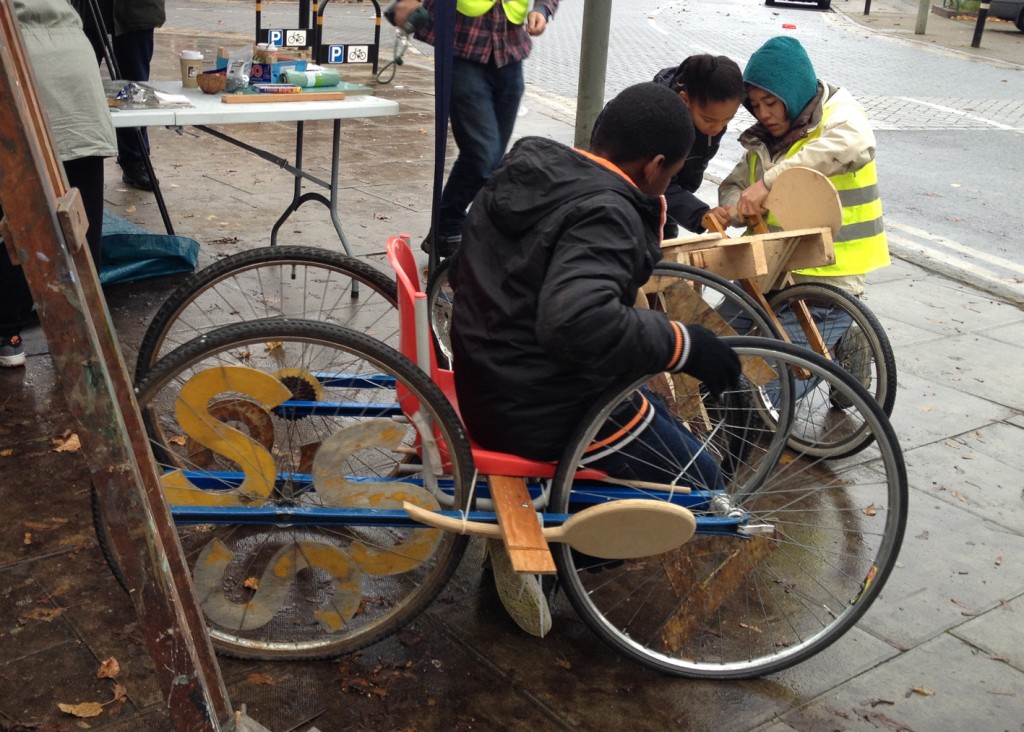 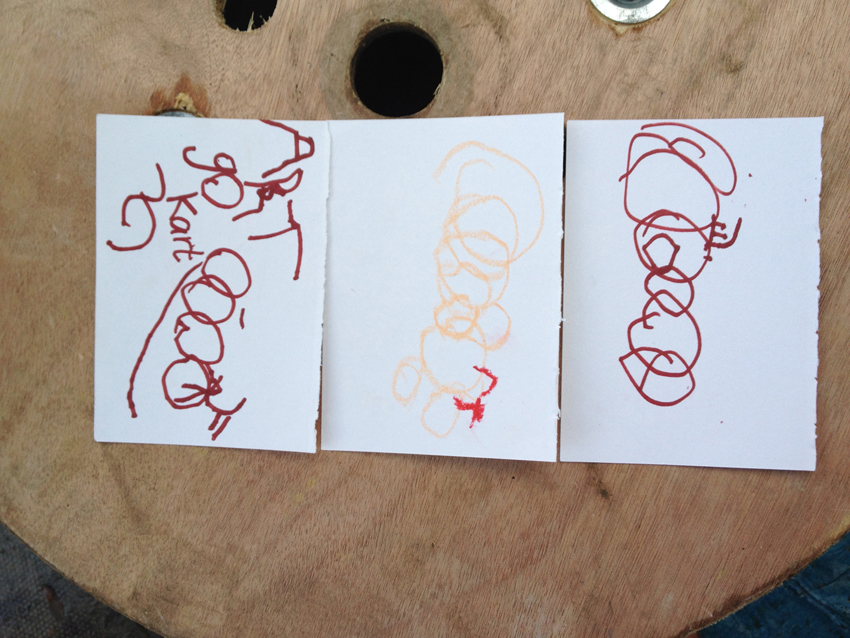 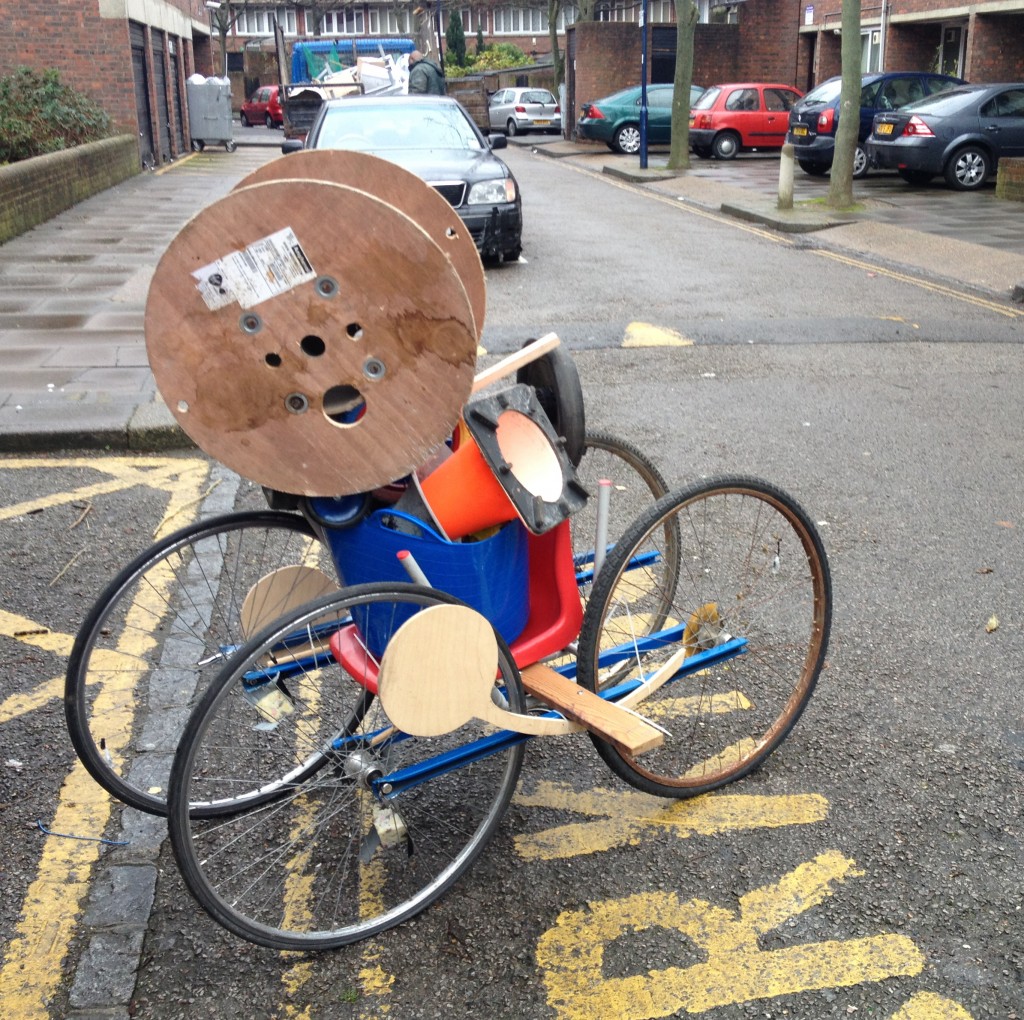 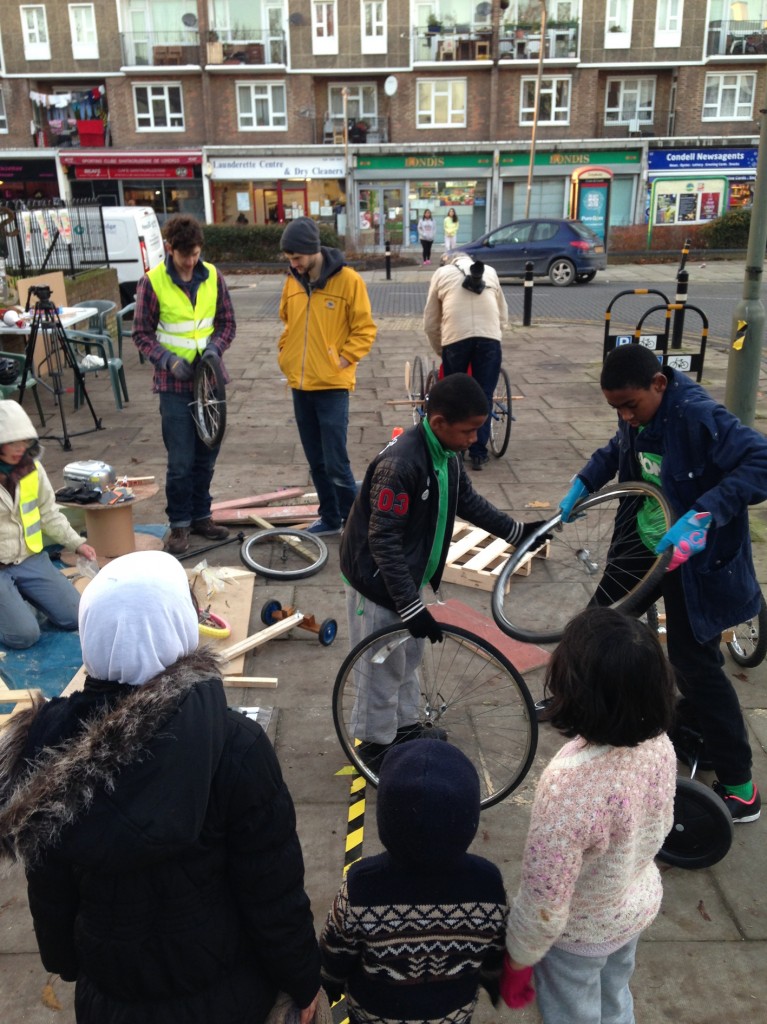 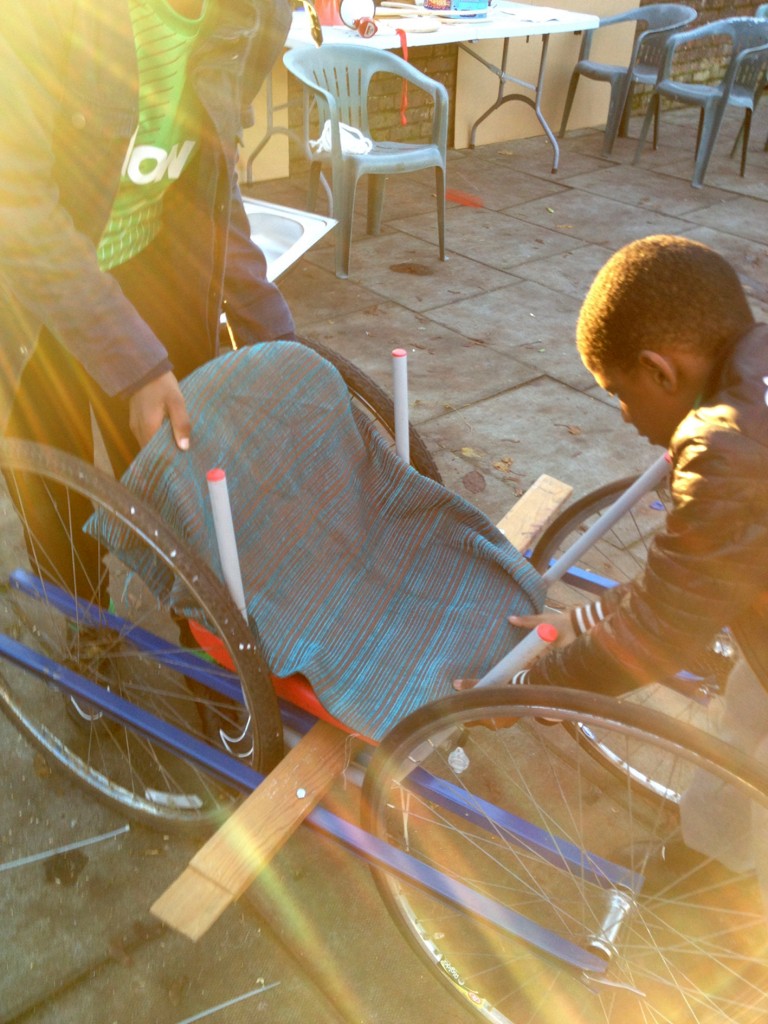 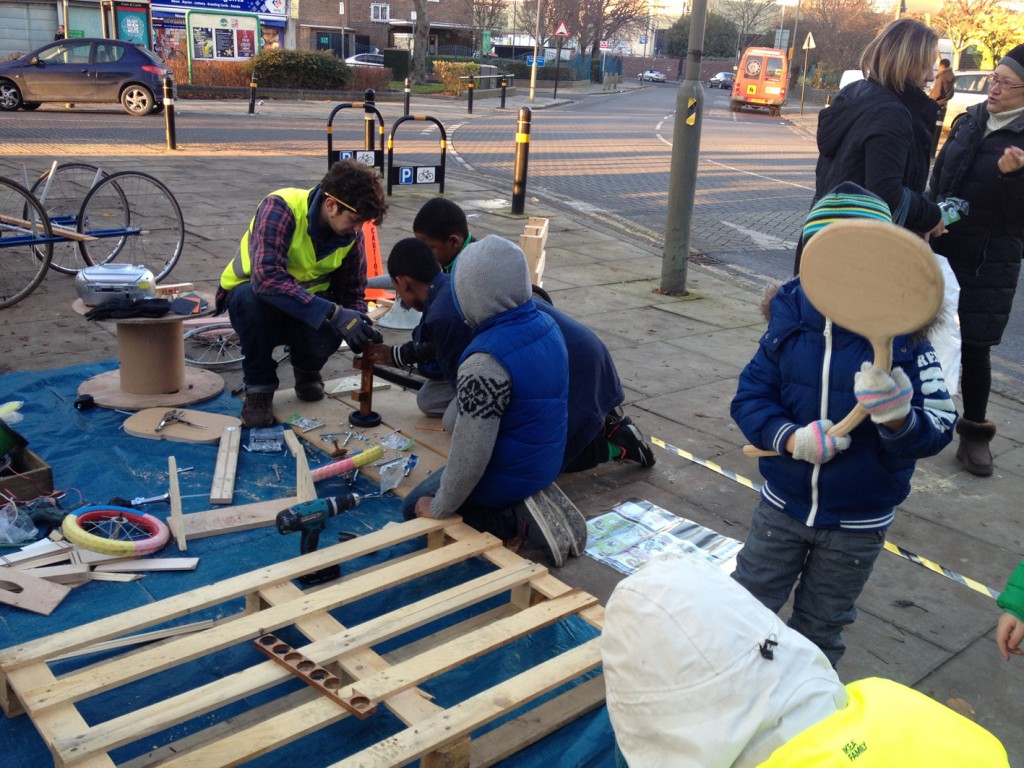 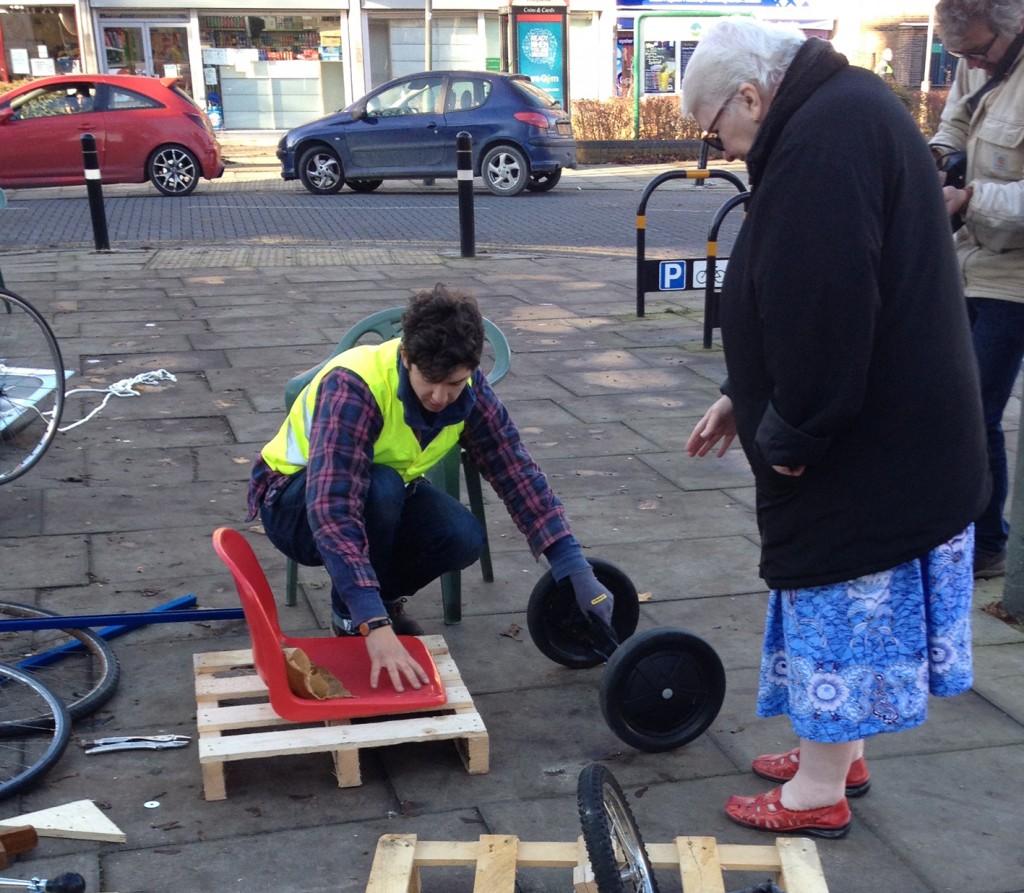 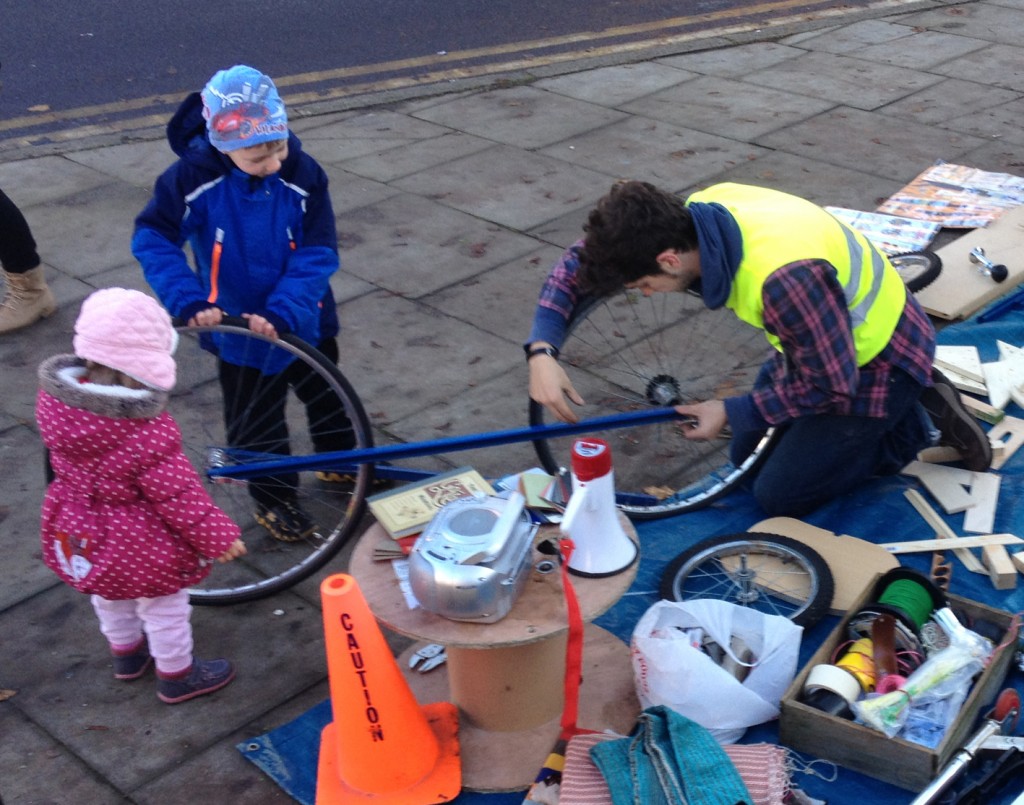 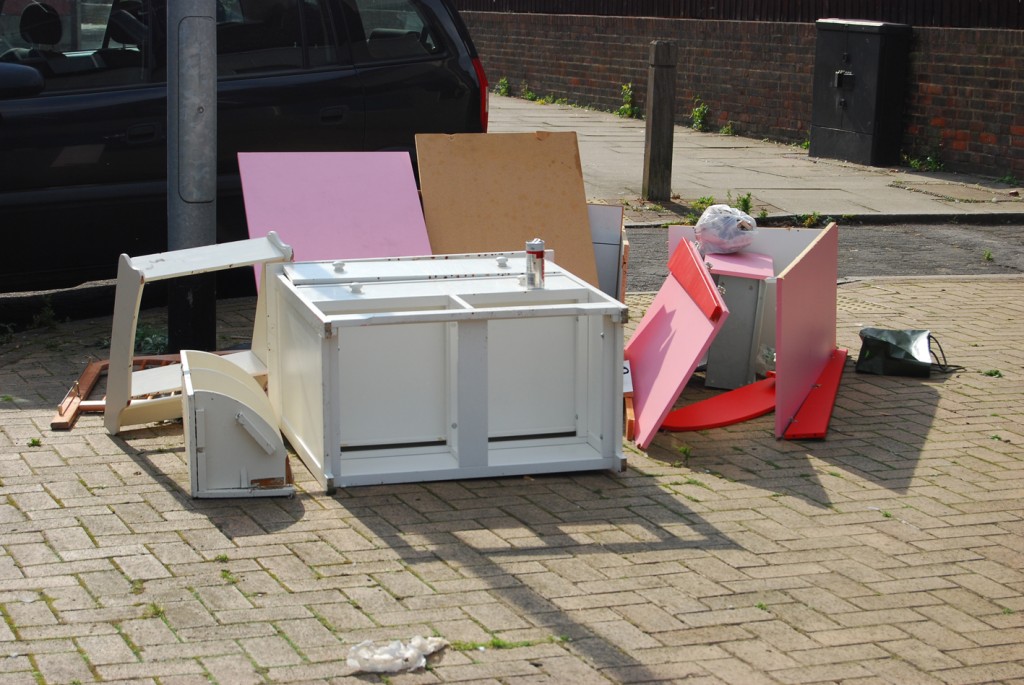 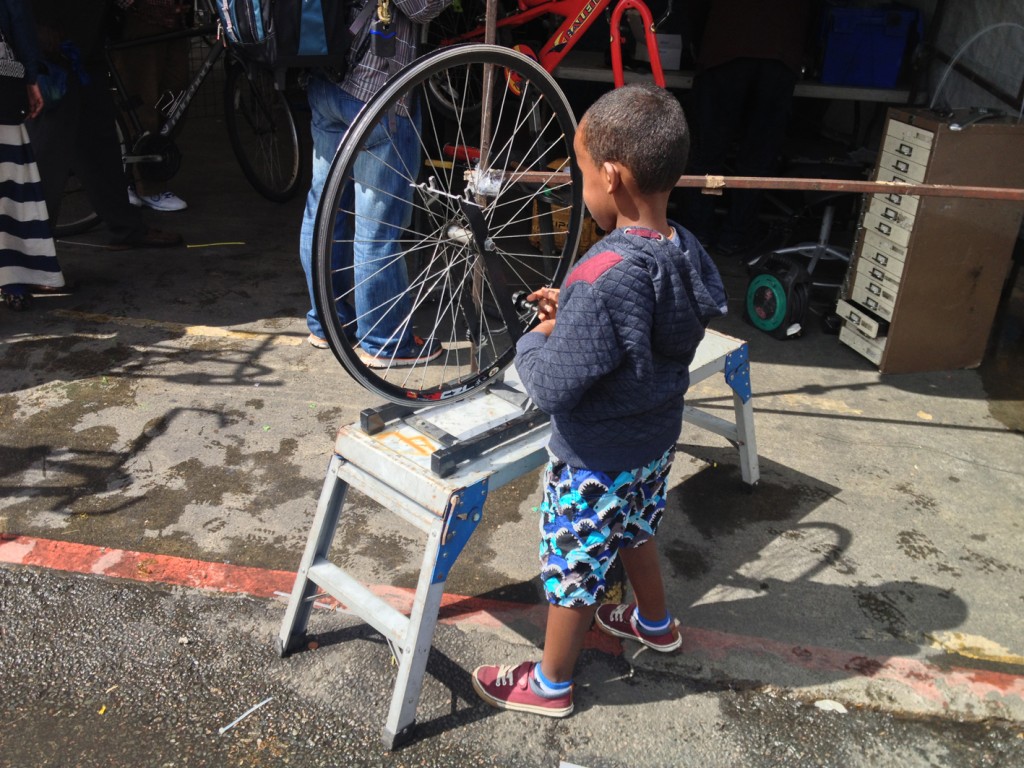 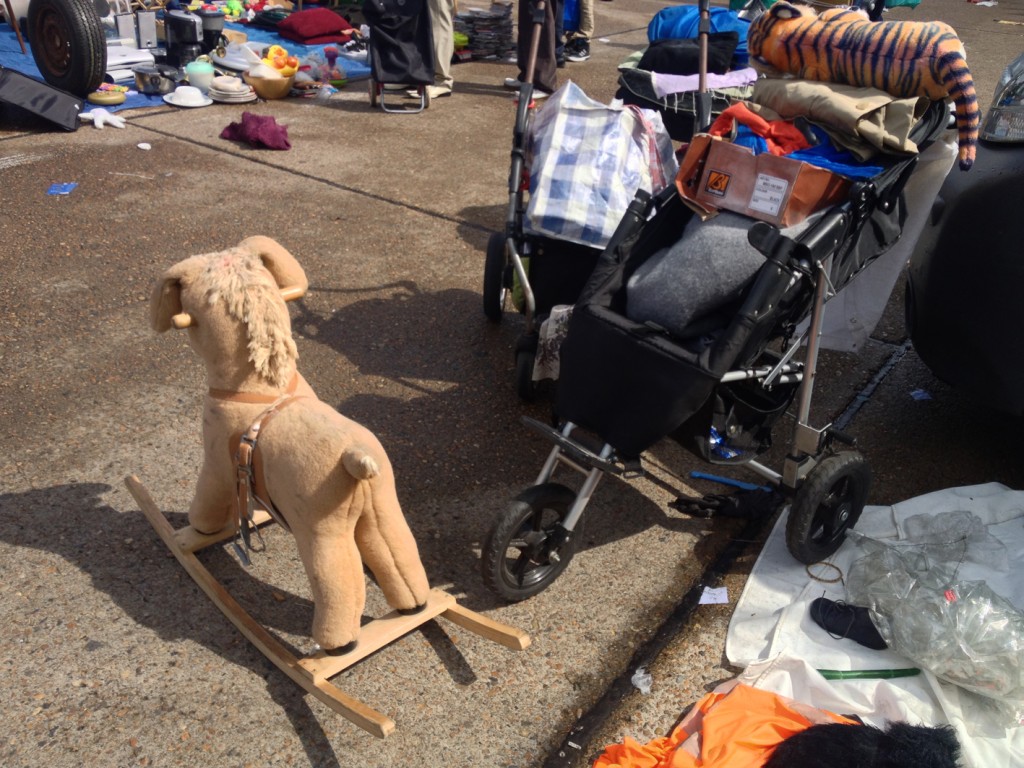 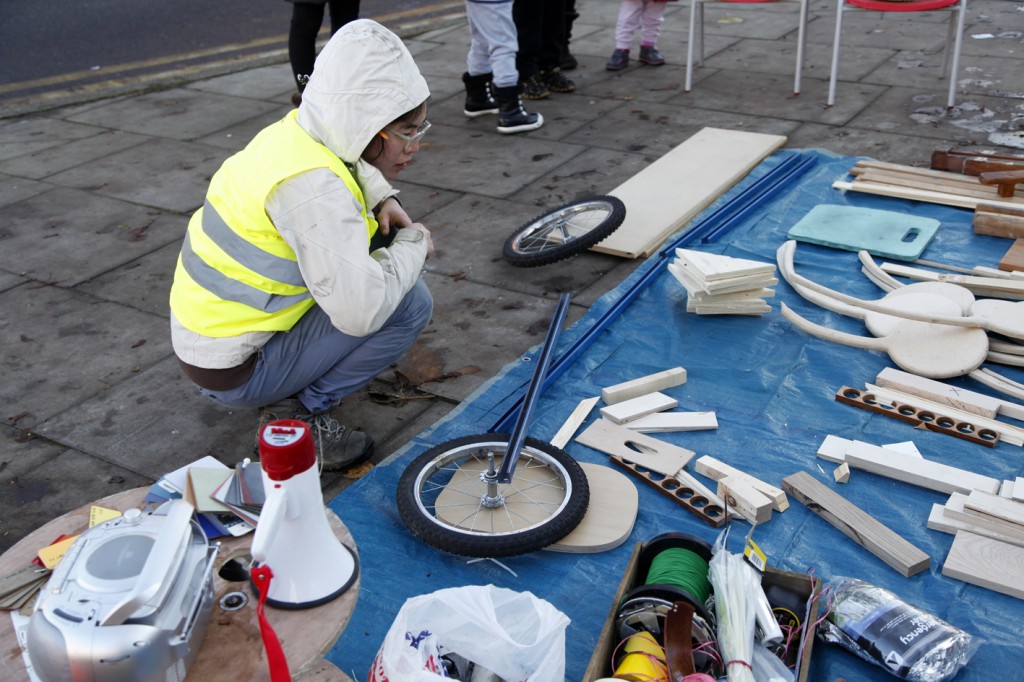 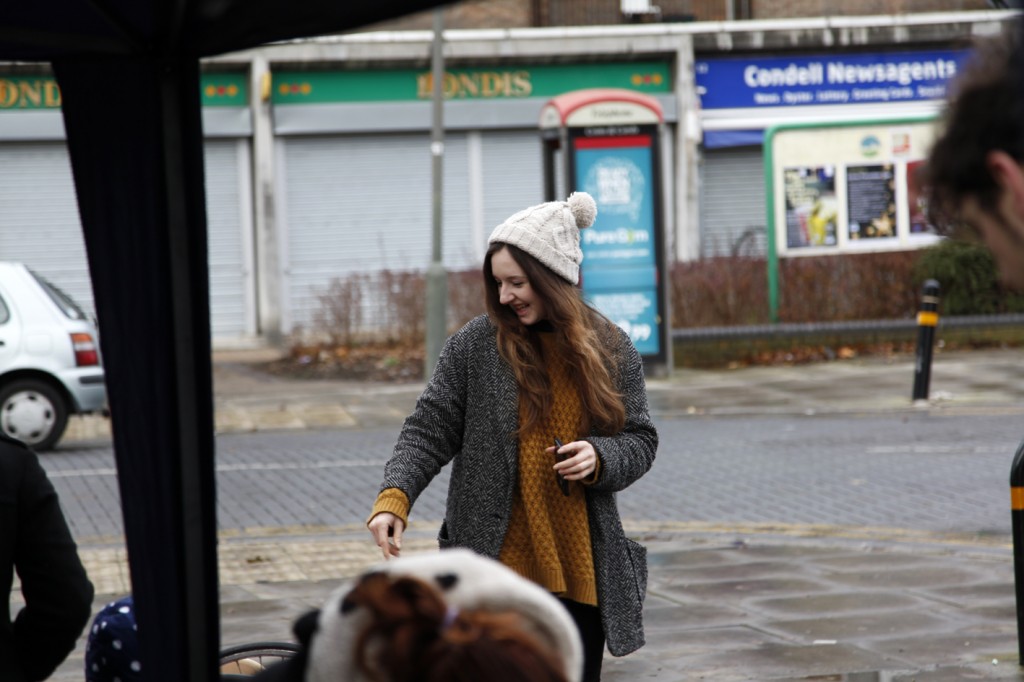 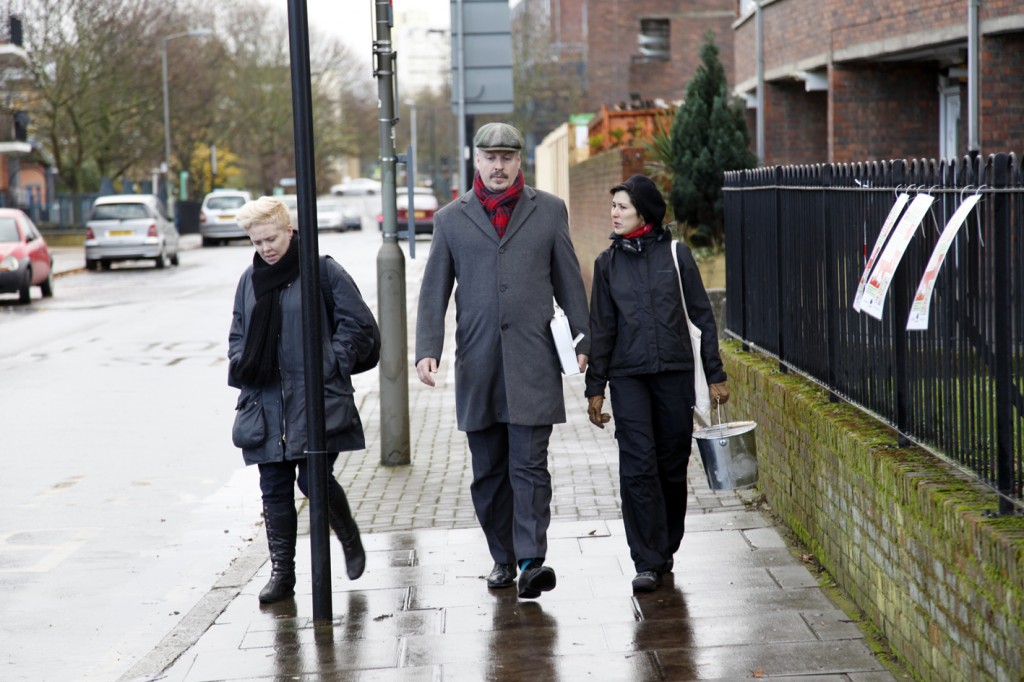 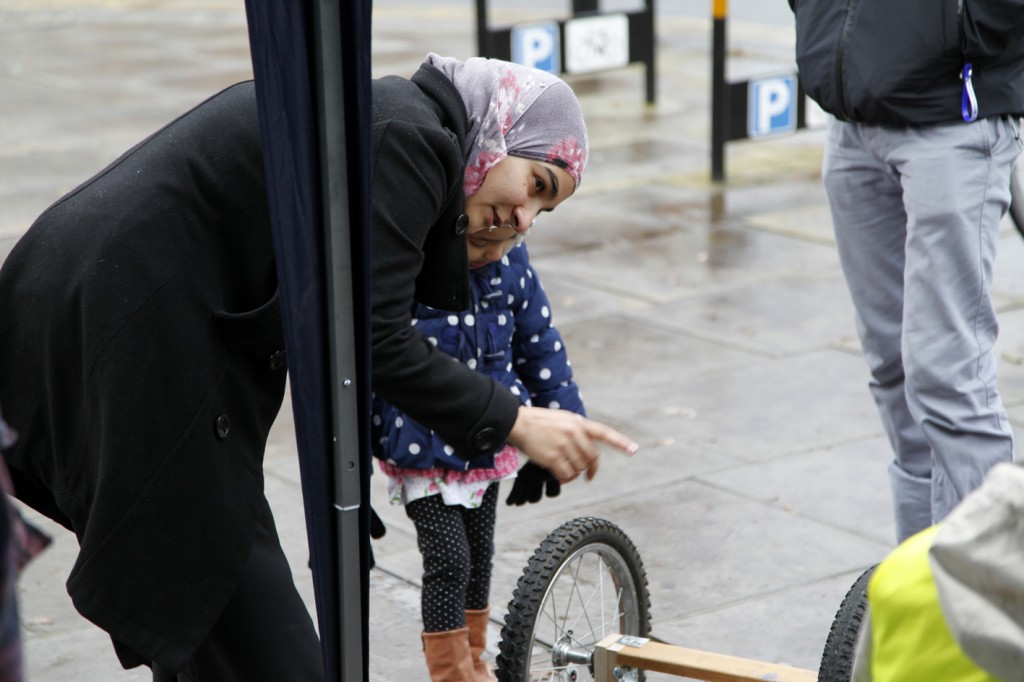 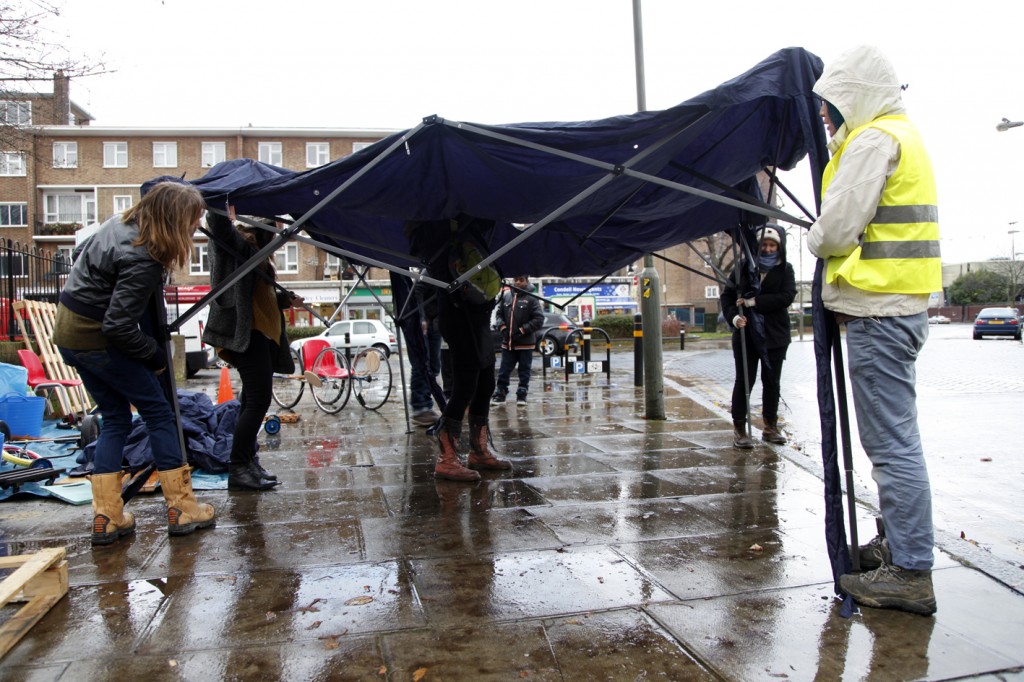 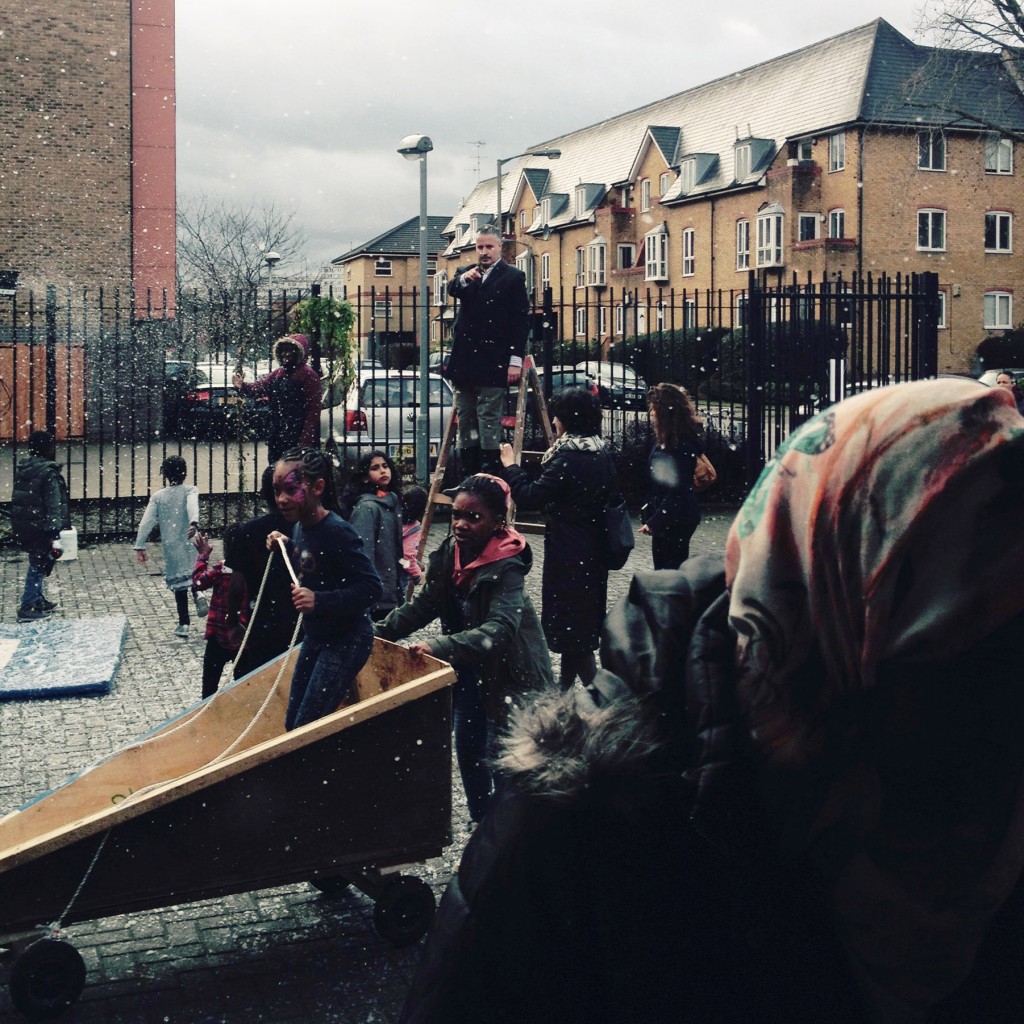