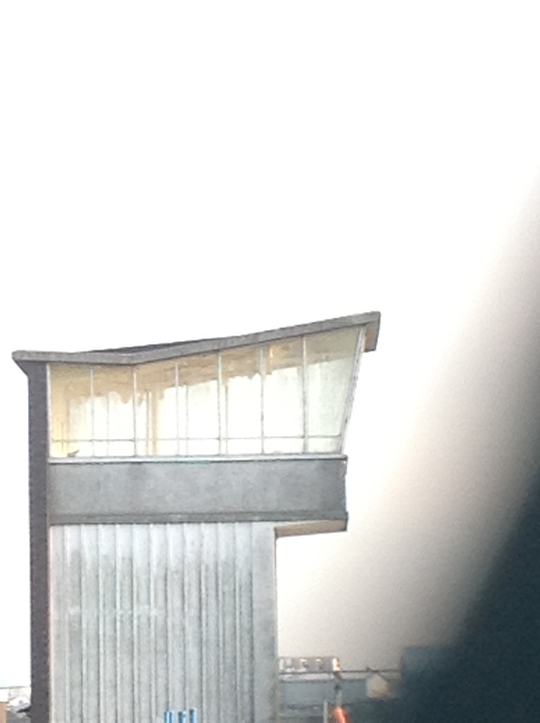 Sky.l.Ark is a series of ‘spaces above’ that form an arc across the sky and metaphorically replicate the Alauda Skylark’s ‘mile high’ space – for things heard but not seen, where humanity can be held in mind, where fear of the unknown is suspended, and the question is open for imaginative possibility, absorption, preoccupation and collaboration.

The project opens up through a call and response to find other communities and their spaces above which are hidden to the public and difficult, if not impossible, to visit. This is the ‘set aside’.

And just as the skylark’s birdsong at breeding time, a call and response will extend to other artists’ voices across the UK whose enquiry is on the edges of the known, where the poetry of their work hits the discomfort of the prosaic and bounces up into the mile high space.

Labern+Lloyd will become parallel researchers alongside post-doctoral scientist Dr Elodie Briefer who has studied the skylark’s song, carrying out various analyses and playback experiments in the field and amassing considerable material as a powerful resource. At one hundred metres high the skylark bird cannot be seen, while its voice can be clearly and distinctly heard. The song is described in terms of dialects (geographical variations) and complexity (ordering of acoustic units). Skylark males produce one of the most complex song among songbirds; geographical variation exists (dialects): in a given patch, males (neighbours) share several sequences of syllables in their songs, whereas males settled in different patches (strangers) have no sequences in common. Using playback experiments (broadcasting songs with a loudspeaker), Dr Briefer has also shown that dialect allows birds to recognize their neighbours and differentiate them from strangers, reacting with low aggression to neighbours, compared to strangers (‘dear-enemy effect’). Re-organising syllable sequences within the song, she has tested how fragmented it can become before the bird no longer recognises its own voice – just 2 seconds of reordered syllables played back to the bird leads to a ‘stranger’ response.

Skylarks nest on the ground, and for Labern+Lloyd this is the grit of the project where the collisions of experience, ideas and form of the work takes place. The artists will draw upon their own extensive work as socially engaged artists on housing estates, homeless housing project, post conflict zones, refugee camps, transit centres, inner-city refugee programmes, HIV/Aids centres, Traveller and Gypsy sites. They will explore both the perceived and real fear of danger within communities which creates neighbour-neighbour, neighbour-stranger, stranger-stranger dynamics between people – this questioning and exchange beneath the mile high space feeding directly into the work.

Labern+Lloyd will curate a series of works in both inhospitable and aspirational spaces situated ‘above’ specific communities within the UK and held at the very edges of the sea by two bird observatories, north and south:

· the discrete roof eaves above a homeless hostel in Camden (Arlington, where they have been running ‘Irregular Bulletin’, print and social media workshops with Space Studios using cut-out / cut-in text and image)

· On the housing estate in E17 where the drawing shed has had its base since 2009, Labern+Lloyd will build a new inaccessible physical space as a platform for the community to witness and engage in this project

· In two bird observatories situated on islands at northerly and southerly points of the British Isles – Fair Isle in the Shetlands and the Portland Bird Observatory on the Isle of Portland, Dorset (a decommissioned lighthouse with its glass domed light space still intact and where Labern+Lloyd have already begun work and to develop relationships – noting the thousand skylarks landing unexpectedly on the isle of Portland last winter and logged by the bird keeper as ‘refugees’) – both inhabited by a disparate community of individuals who find freedom of expression through the arc of the birds as they map their paths between continents, creating maps of experience that echo a human diaspora.

Potential ‘other’ communities of interest will also be sought – voices challenging, beautiful, dissonant, unheard – the growing community of people silently lining up for the daily soup kitchen in E17; a trans-gendered community whose ‘set aside’ space has been ‘carved out’, wrestled from the mainstream, an example of the ambiguous, the shape-changing spaces that people create for themselves; the Algerian community, now economically active as migrants to east London but experiencing acute and hidden levels of homelessness. Social media will be used to make a call-out, bringing the artists’ attention to unique spaces above these specific communities. Like the ‘set aside’ necessary for the nesting skylark’s safety, they are hard spaces to find, have to be fought for or literally opened up. They may become new sites for contemporary art works – perhaps only to be visited by the communities of interest beneath.

Labern+Lloyd will work with residents of the homeless hostel, housing estates, transgender, Algerian and birding communities and so on, to develop both audio and visual conversations, using recordings and playback, cut-in and cut-out text, opening up questions that make possible both the imaginative and the uncomfortable. These artworks will be created using both sound recordings from Dr Briefer’s extensive archive, and new recorded sound developed within communities. Other artists will extend this conversation.

Lloyd+Labern will choreograph social media Twitter as a performative space (as currently used by the drawing shed in E17 and other locations), sharing their thoughts across the ether between locations and inviting others in, asking questions that have always needed to be asked.

Sound works will explore possibilities for Stranger-Stranger, Stranger-Neighbour, Neighbour-Neighbour held within the structure of the skylark’s song. Labern+Lloyd will ask, how can the song be re-choreographed, re-sung, relocated; how can the ‘set aside’ be formed, what is its shape? Between each location and community of interest, the artists will choreograph Sky.l.Ark, playing out new voices in a multiple arc across each other, acting as the physical ‘metronome’ of the work, tempering in the mind’s eye of the audience, the song re-sung.