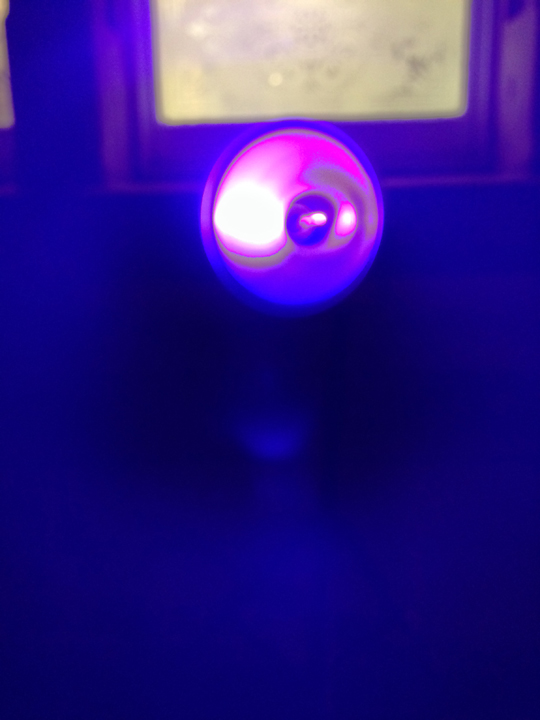 Sally Labern and Bobby Lloyd are lead artists of contemporary artist-led organisation the drawing shed based on two housing estates in East London. They propose to work with a small number of partners to create a number of iterations of BLACK LIGHT- Critical Shelter© – a new research arts project that works with a ‘smog’ of Black Light as a further development of the artists’ Artificial Sunshine work, Bury 2014.

BLACK LIGHT actively engages its audience in the work itself through a humanist enquiry, illuminating critical information often obscured or hidden from the public gaze – historical, political, scientific, imaginative, poetic – with a particular preoccupation with climate justice and migration.

As we entered the UNESCO International Year of Light in 2015, BLACK LIGHT drew upon photonics as inspiration to rethink the hidden. This is in the context of technology which moves humanity fast forward into new worlds, and may appear to be only future-oriented, but in reality is bound up with the permanent crisis of contemporaneity.

As a starting point, and following our Text Festival Bury residency 2014 with The Public Typing Pool© and our Twitter based performance #un_civil, Labern&Lloyd were commissioned for Bury Light Night, 2014, to make a new work, Artificial Sunshine, Labern&Lloyd’s SkyLark project 2014-15 http://www.thedrawingshed.org/sky-l-ark-artangel-open-100

Mirroring the spectacle of the world’s first 8 electric streetlights that marked the very beginning of Blackpool Illuminations in 1879, this on-going creative enquiry purposefully used the spectrum of light invisible to the human eye, Ultra Violet, the same light emitted at the beginning of the life of all stars, of all known biological life.

The artists flooded the streets with a ‘Smog of Black Light’ from the Fusiliers Museum across to Bury Art Museum and Sculpture Centre in Greater Manchester;  Set squarely behind metal barricades (an aesthetic and safety choice), 8 huge UV floodlights echoed the culture of 1879, contemporary festival and protest.

Thousands of the cross-generational public wearing black ‘festival’ wristbands printed in UV ink, shifted the barrier of the spectacle by activating the work itself in an extraordinary series of intimate encounters with both the artists and UV light, as the public themselves entered and became the work.

Each member of the public audience as they entered the street was invited to wear a black wristband or presented with sheets of paper to hold into the black light, printed in UV ink with numerous short research texts, and only readable by standing within the work itself.

For its first iteration in Bury we immersed ourselves in the UV ‘smog’, with texts gathered from widely random threads of inter-web searches fed by daily news briefings and reports. Ranging from current scientific research on the health implications of light pollution and interruptions to circadian rhythms with our new city LED street lights impacting essential melatonin production; the pernicious effects of light pollution on animals and climate justice, to media or state blackouts on information about war or terrorism, international and domestic, toscientific work into the universe with references to astronomical ‘perfect black bodies’, new stars, life in space and …. http://www.thedrawingshed.org/artificial-sunshine-bury-night-light

Through the metaphor of BLACK LIGHT, we investigated emergent collective and imaginative threads of resistance – acts of civil disobedience, community organisation and scientific cooperation – exploring how we hold agency or take responsibility for a new ‘civil society’.

From UV exposure of human debris to the making visible of big ideas, we explored both individual and collective actions, experiments and explorations – such as the democratic naming of a new galaxy after the amateur stargazer who spotted it in early 2014, 10 billion light years away from Earth.

BLACK LIGHT will have its starting point on the housing estates in E17 held within purpose built ‘critical’ shelter structures some of which will be carried and reconfigured in other settings; The shelter, which holds an ideological form, will become an active, participatory work-shopping space where we shall create the imaginative and critical response to framing spaces within which we can explore the tipping points of climate justice and human migration and the urgent need for changes.

UV ink will manifest as part of the structure of Critical Shelter, with image /texts screen-printed for example onto large sheets of black / white / transparent / paper / material, which will be used to ‘paper out’ the venue spaces at each setting. Each time the installation of work will mutate and develop to suit its space, its new audience and its multiple ideological drivers as set by the artists’ ongoing and deepening research created by an active participatory project at each venue.

Possible Venues currently being researched include:

So that the work is fully located within a contemporary arts and science context, the drawing shed will work with, and is in the process of researching: